Most of the front page of the Valdosta Daily Times Saturday was about the South Georgia Growing Local 2014 Farm Tours.

Stuart Taylor wrote on the front page of the VDT 25 January 2014, Growing Local Farm Tour gets under way,

While past South Georgia Growing Local conferences have had self-guided farm tours, this year’s conference offered a guided tour through four local farms, starting off Friday morning at Raisin’ Cane.

“We teach people about agriculture,” said Jessica Bolesta, who runs Raisin’ Cane along with her family.

It’s one of the latest agri-tourism spots to pop up across the state in the past couple of years….

“One of the great things about the tour and farming in general down here is a lot of us are doing experiments,” said Gretchen

Quarterman, organizer of this year’s Growing Local Conference. “We’re just trying stuff out and if it works, we do it. If it doesn’t, we try something else.”

There was a mix of seasoned farmers, back yard gardeners and people interested in getting into growing. People like Martha Griffis. After decades of working as a full-time nurse, she’s planning to retire, and while she hasn’t decided what she wants to do yet, she’s thinking she might get into farming, maybe olives, maybe citrus, maybe something else.

Not bad for a place that usually thinks of tractors as old-fashioned. 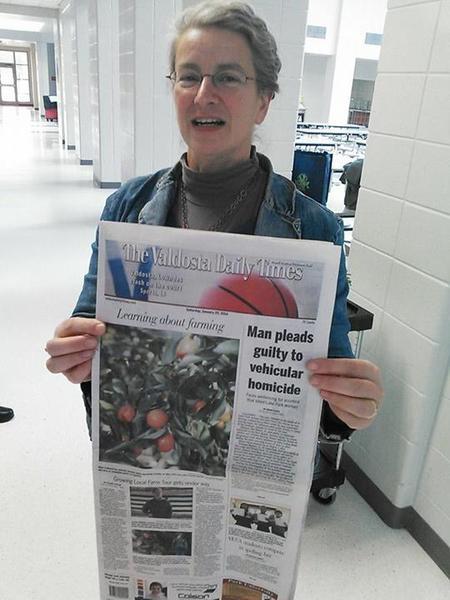