A walk in the woods one summer day. 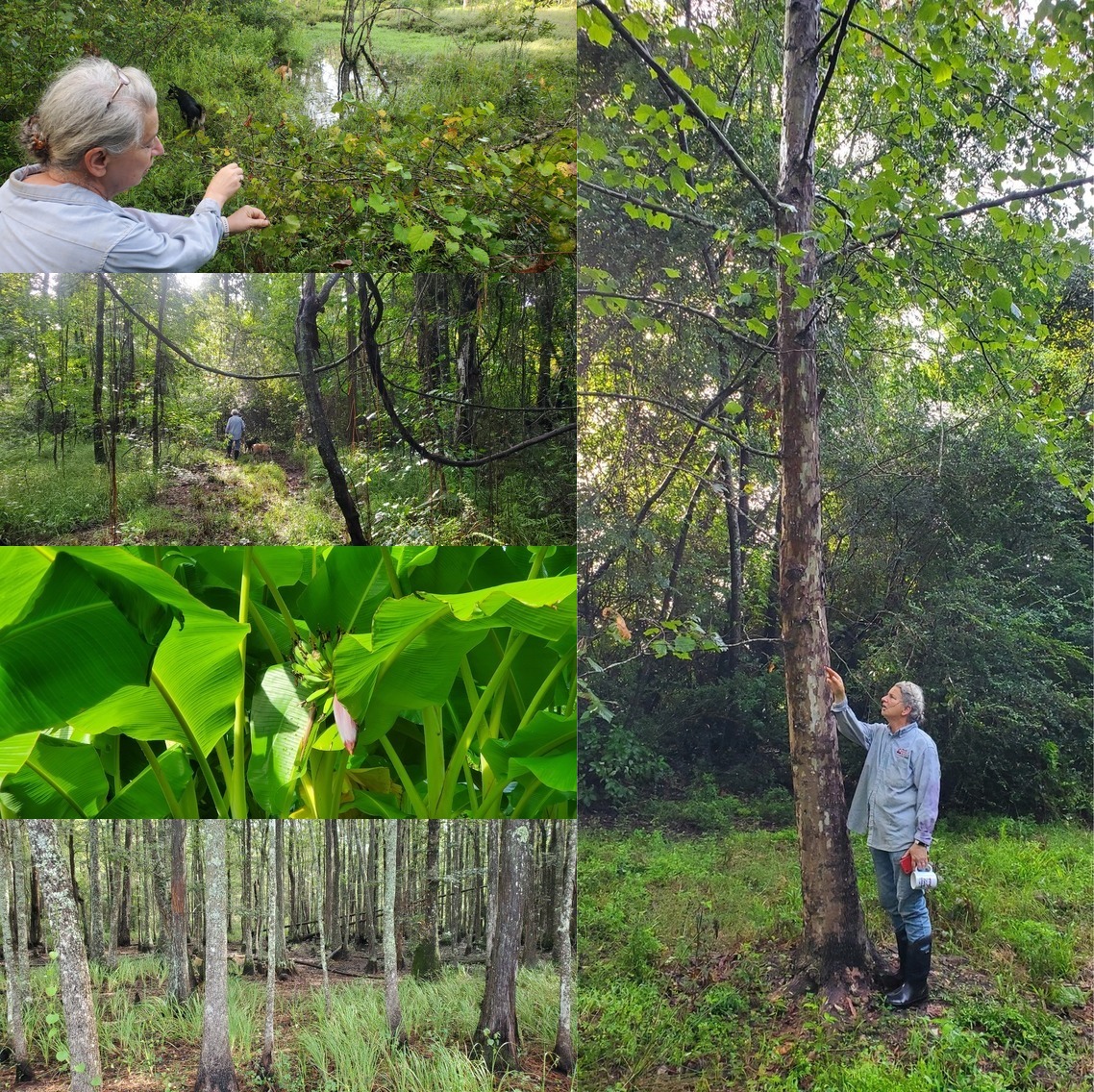 Those grapes were ripe and tasty. Muscadine, Vitis rotundifolia. This is down by a beaver pond. END_OF_DOCUMENT_TOKEN_TO_BE_REPLACED

Back in the 1930s, during the Great Depression, my father and grandfather paid off the mortgage on the farm through income from turpentine. This is a catface, where the bark was scraped off a pine tree so its sap would ooze out, to be caught in a metal cup nailed below on the tree.

The rest of the tree long ago was logged.

Behind the pine tree stump and the adjoining oak tree, you can see a beaver pond. END_OF_DOCUMENT_TOKEN_TO_BE_REPLACED

Yellow Dog and Brown Dog cooling off in a beaver pond.

Gretchen is represented by her camera there on the right. 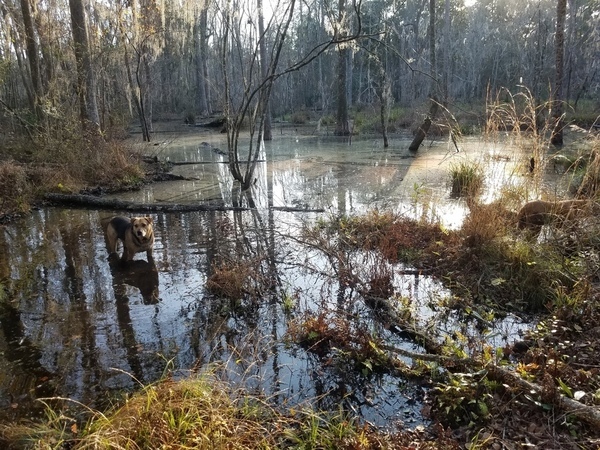 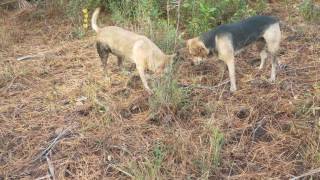 At the far side of the pond, Yellow Dog spotted a moccasin before anybody else. The small but deadly Agkistrodon piscivorus didn’t stand a chance against the pair of experienced snake wranglers, Yellow Dog and Brown Dog.

Can you see the snake? (Tail, lower left)

END_OF_DOCUMENT_TOKEN_TO_BE_REPLACED 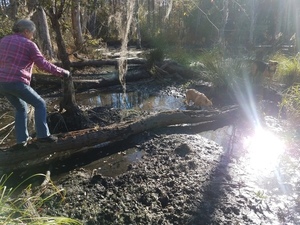 Yellow Dog and Brown Dog convinced Gretchen Quarterman to walk a log across a beaver pond.

Here are a couple of videos and there are more pictures below. END_OF_DOCUMENT_TOKEN_TO_BE_REPLACED 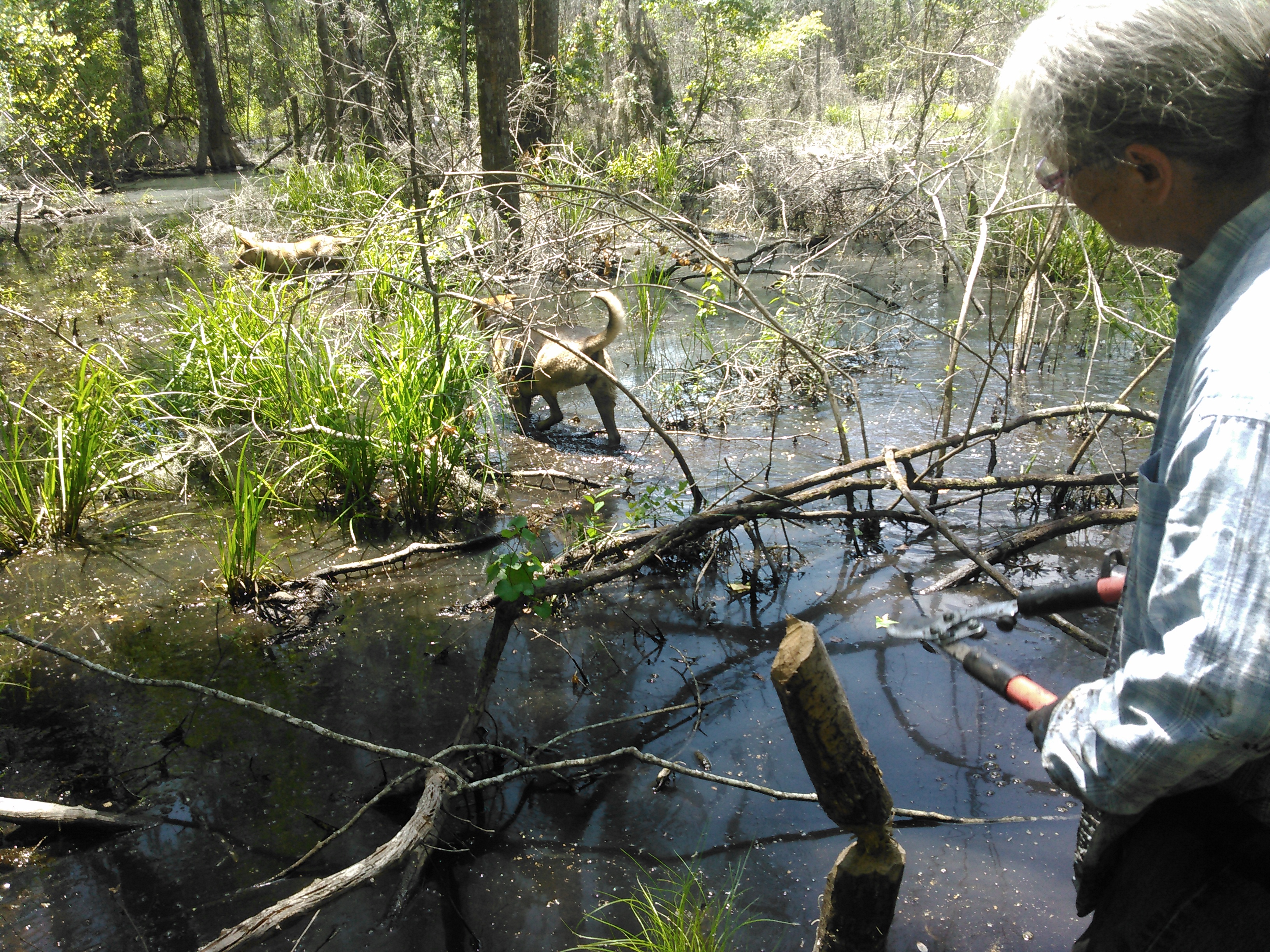 In Wyoming, a survey showed that owners of private lands believed that they benefited from beaver engineering because END_OF_DOCUMENT_TOKEN_TO_BE_REPLACED

The pond was too dam high, and the beavers were girdling trees far out from the usual shore, so we set sail to pipe the beaver dam. Dogs waiting for us to get the boat to the deep water: END_OF_DOCUMENT_TOKEN_TO_BE_REPLACED

A beaver compared to a very well-fed raccoon: