Most of the front page of the Valdosta Daily Times Saturday was about the South Georgia Growing Local 2014 Farm Tours.

Stuart Taylor wrote on the front page of the VDT 25 January 2014, Growing Local Farm Tour gets under way,

While past South Georgia Growing Local conferences have had self-guided farm tours, this year’s conference offered a guided tour through four local farms, starting off Friday morning at Raisin’ Cane.

“We teach people about agriculture,” said Jessica Bolesta, who END_OF_DOCUMENT_TOKEN_TO_BE_REPLACED

We will be on the radio twice on Monday. First on the Chris Beckham show at 7:30 and then on a Jasper station at 11:30. Listen in and invite your friends.

Here’s a facebook event about the Black Crow Media 105.9 FM radio show, 7:30-7:45 AM. You can listen to it online with Streema.com or any of several other apps. Or over the air!

And remember to register for the conference.

I quoted Jill Richardson back in March about about Professor Col. Don Huber’s letter to USDA Secretary Vilsack about new evidence found of diseases caused by Roundup. She writes 27 April 2011, Why Is Damning New Evidence About Monsanto’s Most Widely Used Herbicide Being Silenced? It turns out that Monsanto’s Roundup herbicide might not be nearly as safe as people have thought, but the media is staying mum on the revelation.

Huber was unavailable to respond to media inquiries in the weeks following the leak, and thus unable to defend himself when several colleagues from Purdue publicly claiming to refute his accusations about Monsanto’s widely used herbicide Roundup (glyphosate) and Roundup Ready crops. When his letter was finally acknowledged by the mainstream media, it was with titles like “Scientists Question Claims in Biotech Letter,” noting that the letter’s popularity on the internet “has raised concern among scientists that the public will believe his unsupported claim is true.”

Now, Huber has finally spoken out, both in a second letter, sent to “a wide number of individuals worldwide” to explain and back up his claims from his first letter, and in interviews. While his first letter described research that was not yet complete or published, his second letter cited much more evidence about glyphosate and genetically engineered crops based on studies that have already been published in peer-reviewed journals.

And that’s plus all sorts of evidence about other ill effects of glysophate, including lower IQ in children, and Roundup-Ready crops themselves causing organ disruptions. All that plus the very real risk of the genetically modified crops having unpredicted effects. There’s much more.

Could this silence of the press be because only five companies own more than half of all the media in the U.S.? Let’s not forget the legal system is also complicit, given the Fox-can-lie case.

So what can you do? vote at the checkout counter. Buy local and organic. And of course bug your elected officials about doing something about it.

Here’s the rundown: On August 18, 2000, journalist Jane Akre won $425,000 in a court ruling where she charged she was pressured by Fox News management and lawyers to air what she knew and documented to be false information.

The real information: she found out cows in Florida were being injected with RBGH, a drug designed to make cows produce milk – and, according to FDA-redacted studies, unintentionally designed to make human beings produce cancer.

Fox lawyers, under pressure by the Monsanto Corporation (who produced RBGH), rewrote her report over 80 times to make it compatible with the company’s requests. She and her husband, journalist Steve Wilson, refused to air the edited segment.

That wasn’t the end of it. An appelate court granted Fox a license to lie:

In February 2003, Fox appealed the decision and an appellate court and had it overturned. Fox lawyers argued it was their first amendment right to report false information. In a six-page written decision, the Court of Appeals decided the FCC’s position against news distortion is only a “policy,” not a “law, rule, or regulation.”

So Fox has legally been able to continue to lie on behalf of Monsanto.
Walter Cronkite died today. I’ll remember him by what he fought for:

It surely hasn’t made our streets safer. Instead, we have locked up literally millions of people…disproportionately people of color…who have caused little or no harm to others – wasting resources that could be used for counter-terrorism, reducing violent crime, or catching white-collar criminals.

With police wielding unprecedented powers to invade privacy, tap phones and conduct searches seemingly at random, our civil liberties are in a very precarious condition.

Hundreds of billions of dollars have been spent on this effort – with no one held accountable for its failure.

Amid the clichés of the drug war, our country has lost sight of the scientific facts. Amid the frantic rhetoric of our leaders, we’ve become blind to reality: The war on drugs, as it is currently fought, is too expensive, and too inhumane.

But nothing will change until someone has the courage to stand up and say what so many politicians privately know: The war on drugs has failed.

In today’s VDT Upset about development:

Bill Herndon and his neighbors are unhappy about a development being built in their backyards.

Marvin Peavy, owner of Peavy Properties, has already rented some of the Mar-Mel-Go apartments, and about 70 of the projected 150 apartments have been completed. The other 80 units are scheduled to be added soon.

The two-story apartment buildings rise uncomfortably close to the homes of Pinebrook Drive residents, such as Herndon. Windows of the complex look directly into their backyards and homes.

Marvin Peavy, now why does that name ring a bell? Ah, yes, CEO and CFO of Lower Lowndes, Inc. the corporation that bought 62.53 acres on Quarterman Road and attempted to rezone it from E-A to R-21 back in 2007. One of the neighbors saw the sign out front and a bunch of us helped convince the County Commission to deny the rezoning.

This time it’s so bad another developer is complaining:

Robert Eddington also lives on Pinebrook Drive. He is a builder and said everyone has a right to develop their property. What he’s disturbed about, among other issues, is that the plans they were shown are not being followed. Eddington was told most of the trees would be spared to protect their privacy, but when he came home several days later, they were all gone except a few.

Eddington and his neighbors successfully fought a similar development on nearby Water Oak Drive four years ago. They had no such opportunity this time, he said. No notices of any hearing were posted. Neither Herndon nor Fuhrer saw any notices posted announcing zoning or development hearings by the Lowndes County Board of Commissioners.

Hm, given that the ULDC got changed a year or so back to require notification of rezoning mailed to adjoining property owners, in addition to a notice in the newspaper and a sign out front, if there was no sign and neighbors didn’t get notices, I wonder if there’s a legal problem with the rezoning.

Ah, this takes me back:

Eddington’s fence was damaged during Mar-Mel-Go construction. When contractors finally fixed it 17 months later, he said his wife asked about the gate that was supposed to be installed. The site manager told his wife that it wouldn’t be installed until the rest of the apartments were completed. Eddington said they were originally told these would be “luxury condos,” but are very different from the way they were described.

The previous subdivision (not Peavy’s) that did get built on Quarterman Road (because its zoning was grandfathered in way back in the 1980s) involved a builder shoving building trash through my fence into my field. And streetlights that were installed by the developer but never turned on until the subdivision residents got the Commission to institute a special tax district to pay for them.

Curious how yet again “the plans they were shown are not being followed.”

Maybe if the neighbors go to the county they’ll get redress:

Herndon and his neighbors pooled their money several years ago and spent $4,400 to pave Pinewood Drive, so they feel they have a stake in how the road is used. He approached the Lowndes County Commission about the residents’ concerns and was eventually connected with County Engineer Mike Fletcher.

Fletcher said a $30,000 siren-controlled gate would be installed on Pinewood Drive for emergency vehicle access only, eliminating unwanted traffic through their neighborhood. The property owner is responsible for installing the gate, said Kevin Beals, Lowndes County development reviewer.

Ah, finger pointing! Not the county government’s problem; it’s up to the property owner. Nevermind the county commission approved the development with certain plans and requirements.

Well, maybe if the neighbors escalate to the county manager:

Lowndes County Manager Joe Pritchard said he thinks Pinebrook Drive residents “have some legitimate questions and we ought to be able to provide a reasonable answer.” Pritchard said he plans to meet with County Engineer Mike Fletcher and Zoning Administrator Carmella Braswell on Monday to discuss the development and see what remedies might be available.

Yes, we’ve seen that process many times before. Note he doesn’t say they’ll provide any actual fixes to any of the problems, just “a reasonable answer”. We’ll see if these neighbors get any satisfaction this time.

According to the County Commission calendar, there’s a work session coming up Monday 13 July at 8:30AM and a commission meeting coming up Tuesday 14 July at 5:30PM. The Tuesday public meetings always have an agenda item for Citizens Wishing to the Heard. The work sessions usually don’t, but if you go you can hear what the commissioners have to say about subjects that have come before them, and often you can talk to them directly before or after the meeting.

On the same day a VDT editorial said “NO!” to any negative talk about the local economy, the VDT published this:

VALDOSTA — The city of Valdosta recently announced it is taking measures to compensate for declining revenues. Among the steps considered at the city’s recent annual planning retreat to adjust to the revenue shortfall is a hiring freeze on new positions and possibly furloughing some city employees.

“The city of Valdosta is experiencing the same effects from the economic downturn that all other governments and businesses are experiencing,” said Valdosta City Manager Larry Hanson. “The unemployment rate in Valdosta and Lowndes County has nearly doubled over the last 18 months. That means revenues such as sales tax have decreased.”

There’s more, all well worth reading.

That the city was retrenching was no secret to anyone who attended the mayor’s state of the city address, but apparently the degree has increased since then. 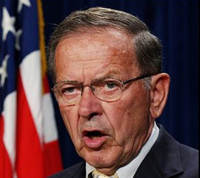 My answer to all of the above is an emphatic “NO!”

The other talk the VDT is saying no to is about foreclosures and job loss. It’s curious about the foreclosures, since it was a little more than a year ago that the VDT published “Lowndes area not immune from home foreclosures” by Billy Bruce, in which he used counts of foreclosure ads from the VDT as data. That was a big change from the previous VDT tune of this area being immune to the financial problems plagueing the rest of the country.

Ah, but Billy Bruce doesn’t work there anymore! And the VDT is back to its old tune. The verse this time is that Lowndes county is not as bad as metro Atlanta counties in foreclosures. Yes, that’s true, and we’re all glad of that. Yet foreclosure rates are up here, too. And above 7% unemployment is not as bad as Atlanta, either, but isn’t normal.

This is a curious excuse: END_OF_DOCUMENT_TOKEN_TO_BE_REPLACED