The Salem Witch Trials took place all over Massachusetts colony. In Andover, almost everyone accused confessed, but, according to a petition mentioned in a TV show: “from the information we have had and the discourse some of us have had with the prisoners, we have reason to think that the extream urgency that was used with some of them by their friends and others who privately examined them, and the fear they were then under, hath been an inducement to them to own such things, as we cannott since find thay are conscious of;” I was familiar with that since some of my ancestors defended some of the accused, and more ancestors moved south after that nightmare. 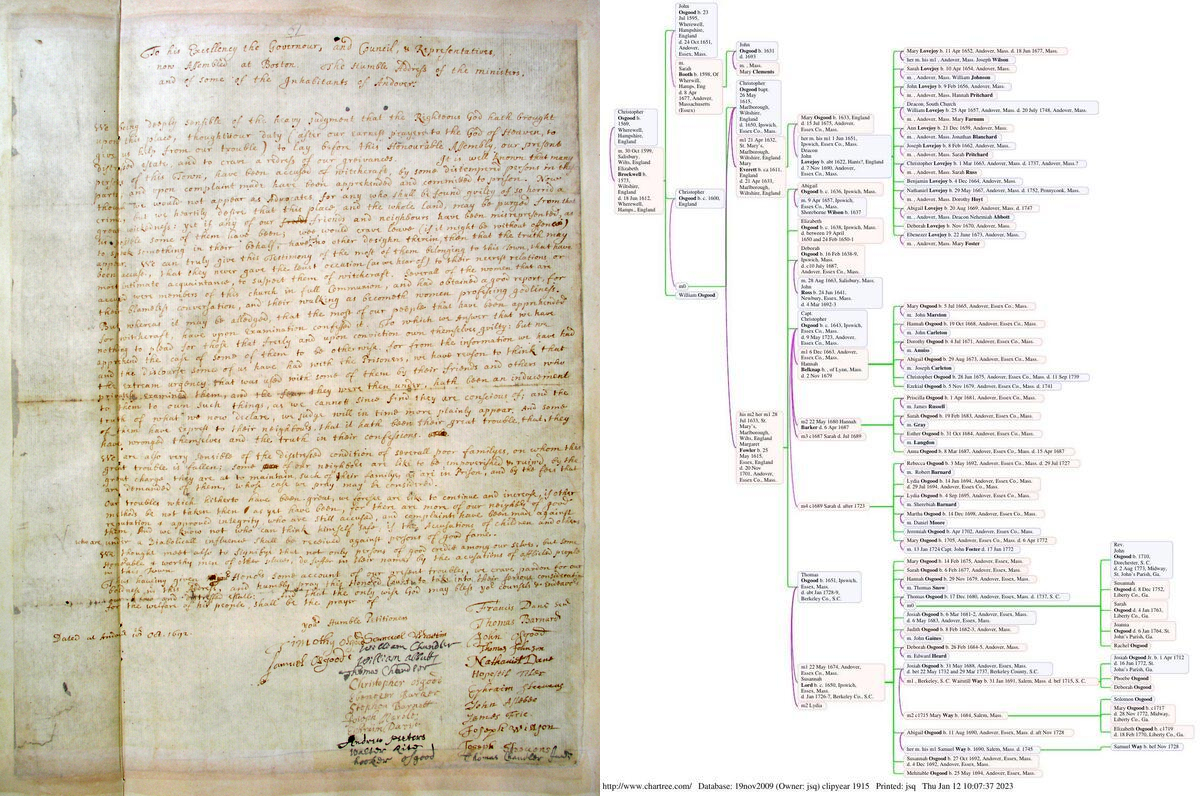 Gretchen and I were watching Salem’s Lot, Season 9, Episode 2, of Finding Your Roots with Henry Louis Gates, Jr.

An ancestor of guest Jeff Daniels signed a peition on behalf of their wives and daughters who had been accused of being witches. This petition was END_OF_DOCUMENT_TOKEN_TO_BE_REPLACED

Thanks to Valdosta Board of Education for use of this facility at a reasonable rate.