What kind of snake is this? 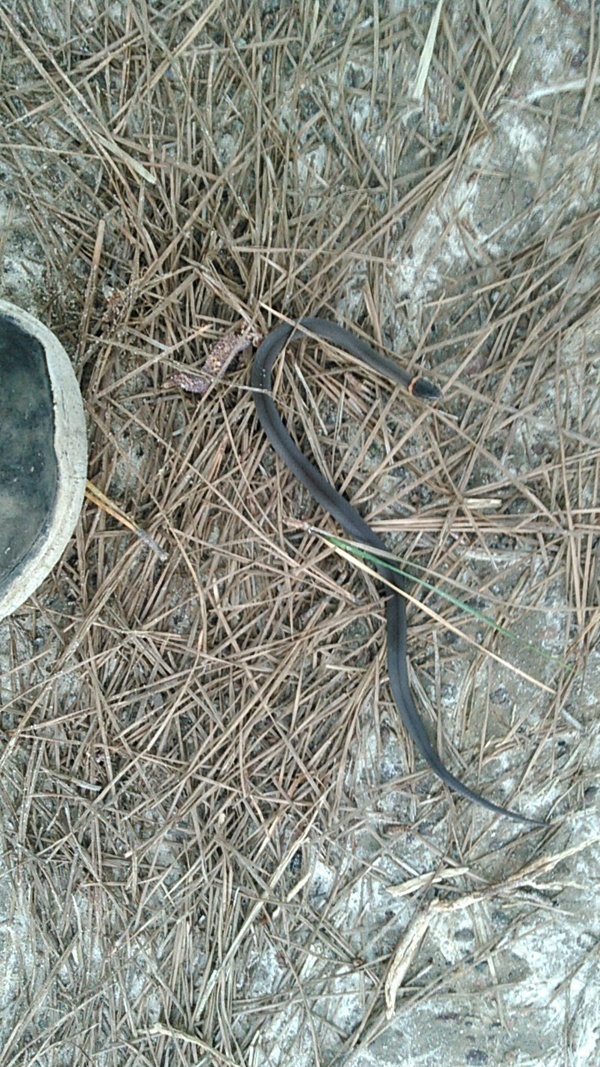 Ringneck snakes can be found in virtually any habitat but seem to prefer wooded areas. In the Piedmont and Coastal Plain ringnecks are particularly common in moist areas including river floodplains, moist hardwood forests, and wetland edges. In mountainous regions ringnecks are often found in more open habitats where they frequently take refuge under rocks.

It was crawling across the driveway about 30 feet from the full cypress swamp, so that matches.

Habits: Like other small woodland snakes in the Southeast, ringneck snakes spend most of their time underground or hidden under logs, rocks, leaf litter, or debris. However, ringnecks can occasionally be found crawling in the open or crossing roads, often at night. Ringnecks are one of the more common species in many habitats in the Southeast and in other parts of their range can reach extraordinary densities. As part of his famous long-term mark-recapture snake studies in Kansas, Henry Fitch estimated that ringneck snakes exist at densities greater than 700 – 1800 per hectare (2.47 acres). Because of their abundance, ringnecks probably play an important ecological role as intermediate predators in community food webs, functioning as both predator and prey. Although they are completely harmless to humans, ringnecks have weak venom in their saliva which they use to subdue their prey, which include a variety of invertebrates, amphibians, lizards, and other small snakes. In many regions, salamanders and earthworms are particularly important prey. Ringneck snakes probably mate in the fall in our region, and females lay 2-7 eggs in the early summer. The young resemble adults.