Will we listen to French farmer Paul François, who sued Monsanto for nerve damage due to inhaling Lasso weedkiller, and won last year? Monsanto appealed, but François just won

“Farmers need to understand that those who speak for them are businessmen who defend other interests, very lucrative for the businessmen, who do not care about farmers’ health or the health of those around us.”

the appeal, too. Now the court is gauging losses to determine penalties for Monsanto.

This after back in 2009 France convicted Monsanto of lying about its claims that Roundup was “biodegradable” and “left the soil clean”. And Argentinean tobacco farmers are suing Monsanto in New Castle County Court, Delaware, saying Monsanto “knowingly poisoned them with herbicides and pesticides and subsequently caused ”devastating birth defects” in their children”. These same Monsanto herbicides and pesticides are sprayed on most fields around here, and they’re just as much poisons here as in Argentina or France.

Natural Cures Not Medicine wrote 21 May 2013, Monsanto has been found guilty of chemical poisoning, 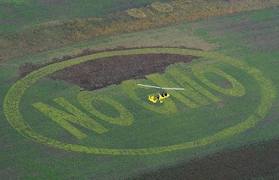 A French farmer who is now disabled and unable to continue his farming duties because of pesticide poisoning has won in court against Monsanto!

Reports say that the 47 year old farmer sued Monsanto in 2004 after inhaling the Lasso product while cleaning his sprayer tank equipment. Soon after, Francois had symptoms that prevented him from working. The reason Monsanto is getting caught out this time is because the Lasso’s packaging did not have adequate warnings about the dangers of exposure. The French court agreed with the claims and evidence presented, declaring earlier this year that “Monsanto is responsible for Paul Francois’ suffering and must entirely compensate him.” The court is said to be looking for expert opinions on how to gauge Francois’ losses in order to determine how much Monsanto should be required to pay.

“It is a historic decision in so far as it is the first time that a (pesticide) maker is found guilty of such a poisoning,” said Francois Lafforgue, Paul Francois’ lawyer, to Reuters. 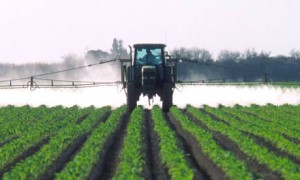 According to the U.S. Environmental Protection Agency (EPA), exposure to alachlor can cause damage to the liver, kidneys, spleen, eyes, and could lead to the development of anemia or even cancer. (http://water.epa.gov/drink/contaminants/basicinformation/alachlor.cfm)

In 2007, France banned Lasso in the country in accordance with a European Union (EU) directive enacted in 2006 prohibiting the chemical from further use on crops in any member countries. Despite the evidence shows alachlor can disrupt hormonal balance, reproductive or developmental problems, cancer, and still the chemical is still being used on crops throughout the U.S. to this very day.

Southwest France sounds a lot like south Georgia, except France found against Monsanto. Maybe it’s time for us to do the same.