Ann Quarterman (right) made the cake. She and Elsie’s nephew Patrick Quarterman make sure Elsie has everything she needs. 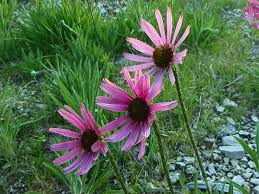 Elsie is my aunt, and the last remaining family member of her generation. She was born in 1910 in Valdosta, Lowndes County, Georgia, where the family lived on Varnedoe Street and her father was superintendent of the water works and a Deacon at the First Presbyterian Church (his father was an Elder). She remembers the local victory parade after World War I. She moved with the family to the family farm in 1921, where she first learned about wild plants from her mother. She played basketball at Hahira High School, and later taught school in Morven, before working her way up to her academic career.

Dr. Quarterman was the first woman department chair (General Biology) at Vanderbilt. Her female students wanted a picture with her: during the great Nashville flood: Dr. Quarterman’s academic specialty is cedar glades, which are specialized ecologies living around limestone outcroppings. Different plants affect each other via chemicals they produce, which are in turn mediated by the chemical content and physical granularity of the soil. Dr. Quarterman was one of the first to study cedar glades, and much of the academic and preservation work related to them since has been done by her students or their students. The wikipedia writeup on her is pretty good.

Dr. Quarterman has been instrumental in the preservation of numerous parks and natural areas around Tennessee, such as Radnor Lake in Nashville. There is a Cedar Glade named after in Rutherford County. is still cited as a basic reference for pine forest plants such as American beautyberry (Callicarpa americana). That same paper was one of the seminal works in the academic understanding of fire ecology in the southern pine forests.