Not what you expect to see on the screen into the porch. 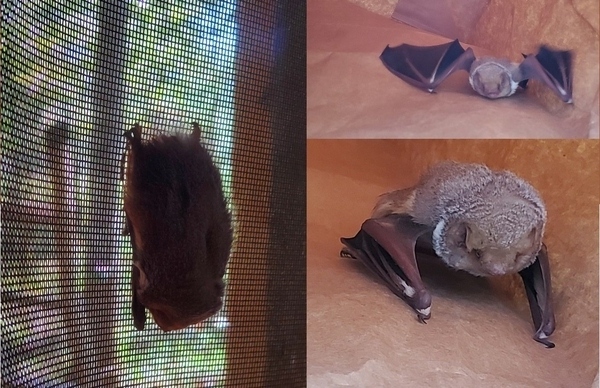 Bat on screen and in bag

Didn’t seem to be anything wrong with the bat. So I put it in a paper bag and set it on some greenery in the woods where the dogs could not reach. END_OF_DOCUMENT_TOKEN_TO_BE_REPLACED

What do all these Prius alert lights mean?

My father told me about the circus elephant that escaped in Valdosta and ran as far north as Cat Creek, a few miles from where we live, going on 111 years ago. My great-aunt Evalyn told us more; she was 17 when it happened and about 97 when she told us where she was then living in Texas. It seems she got it mostly right, although it’s not clear exactly what the right story is. The story of Gypsy the elephant is one of Valdosta’s most bizarre and notable stories. In 1902 Gypsy, a large Asian elephant who belonged to the Harris-Nickle-Plate circus, killed her trainer, broke free, and went on a rampage in Valdosta before eventually being brought down north of town by the chief or police. At the time, the incident was so peculiar that people in surrounding towns accused the citizens of Valdosta of fabricating the entire story for publicity.

Our old family neighbor Albert Pendleton (from when we all lived on Varnedoe Street in Valdosta; way before my time), added: END_OF_DOCUMENT_TOKEN_TO_BE_REPLACED

END_OF_DOCUMENT_TOKEN_TO_BE_REPLACED

A rather odd little grouping of things. A large flock of geese in a cow pasture.

Geese and Cattle Egrets in a cow pasture