Andrew Pollack writes in the New York Times that After Growth, Fortunes Turn for Monsanto: Anyway, could all this bad news have some effect on Monsanto’s share price?

The company’s stock, which rose steadily over several years to peak at around $140 a share in mid-2008, closed Monday at $47.77, having fallen about 42 percent since the beginning of the year. Its earnings for the fiscal year that ended in August, which will be announced Wednesday, are expected to be well below projections made at the beginning of the year, and the company has abandoned its profit goal for 2012 as well.

Monsanto has already been forced to sharply cut prices on SmartStax and on its newest soybean seeds, called Roundup Ready 2 Yield, as sales fell below projections.

As I noted back in May when Monsanto’s price dropped, “I think that’s CEO-speak for demand is down, competition is up, and Monsanto is retrenching in hopes of saving its core glysophate business.” 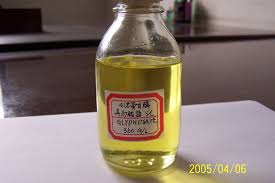 But there is more. Sales of Monsanto’s Roundup, the widely used herbicide, has collapsed this year under an onslaught of low-priced generics made in China. Weeds are growing resistant to Roundup, dimming the future of the entire Roundup Ready crop franchise. And the Justice Department is investigating Monsanto for possible antitrust violations.

Until now, Monsanto’s main challenge has come from opponents of genetically modified crops, who have slowed their adoption in Europe and some other regions.

Maybe this is why Monsanto apparently hired Blackwater, excuse me, Xe, or, rather, its affiliate Total Intelligence, “to provide operatives to infiltrate activist groups organizing against the multinational biotech firm.”

But on with the NY Times story:

Now, however, the skeptics also include farmers and investors who were once in Monsanto’s camp.

“My personal view is that they overplayed their hand,” William R. Young, managing director of ChemSpeak, a consultant to investors in the chemical industry, said of Monsanto. “They are going to have to demonstrate to the farmer the advantage of their products.”

That’s probably not helped by the news that the best way to profit by GM corn is not to grow it.

Especially when Roundup no longer stops the mutant pigweed which it bred. Instead, plowing the pigweed under in the fall and planting a winter cover crop allows eliminating the pigweed without paying for RoundUp.

Haiti has rejected Monsanto seeds and thus the pesticide poisons that come with them. Maybe the rest of the world is starting to follow.

So sad for Monsanto. So good for the rest of us.