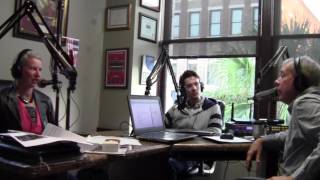 South Georgia Growing Local is tomorrow Saturday! Two days ago, Gretchen Quarterman talked about it on the Scott James Morning Show on TALK 92.1 FM radio (WDDQ). With credit to the late James Wright “who was a real advocate for people who live in the city, and don’t have access to fresh foods”.

SOGALO17 will be at a new venue with cooking facilities!

How: Listen on the air, or through many online services such as Streema.

7AM Thursday morning, Gretchen Quarterman will be on the Scott James, 92.1 FM radio program along with Ray Ewing (President of Lowndes Improvement Association), to talk about a South Georgia cultural tradition, and one of only two left in the entire country: the 66th annual Ham and Eggs Auction 2016. You can bid on eggs, on a ham, and if you talk to Gretchen or Ray they can tell you how to get involved in the program and even how to get the whole hog! 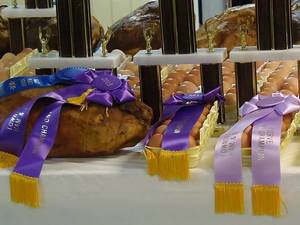 If you are interested in entering eggs in the show END_OF_DOCUMENT_TOKEN_TO_BE_REPLACED 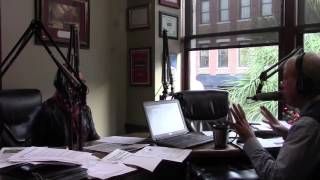 Saturday, February 6th, South Georgia Growing Local at Pine Grove Middle School! As Scott James said on Talk 92.1FM Tuesday: “I don’t know if people fully realize… what kind of wave is overtaking us here in south Georgia, and in Georgia in general, what kind of growing local wave!”

Remember this is the new END_OF_DOCUMENT_TOKEN_TO_BE_REPLACED

Hahira, January 25, 2016 — Tuesday morning 8:30 AM, Gretchen Quarterman will be on the Scott James radio show, 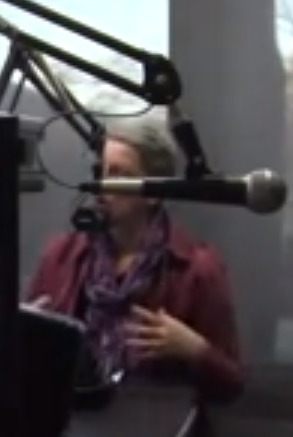 92.1 FM, talking about South Georgia Growing Conference, happening again at Pine Grove Middle School, all day Saturday February 6th. “This has really turned into a thing!” as Chris Beckham said on his 105.9 FM radio show when Gretchen was on there last Wednesday, “So many different topics in six tracks, but all indigenous to south Georgia.” 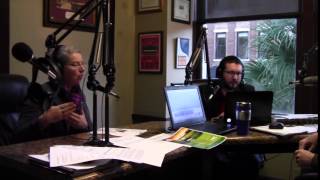 See her on YouTube if you missed her on the radio Monday, talking about South Georgia Growing Local, this Saturday, January 24th at Pine Grove Middle School, in Lowndes County, Georgia.

Includes a back yard garden story about her daughter Lindsey, where the apartment manager was very impressed.

Morning radio is where a lot of people get their local news, and Gretchen will be talking about

South Georgia Growing Local on both the local talk shows this week, reminding everybody about the great lineup of speakers about local agriculture for Saturday January 24th at Pine Grove Middle School.

You can listen to them with a radio, or through various online streaming services, such as tunein.

The previous commission was divided among itself on this issue, and the local state representatives would not bring it up in the legislature without consensus among the commission. The new commission has been trying to move forward on this. The last version I heard involved keeping the same commission districts as now, plus adding two overlapping commissioners for new east and west districts.

Interestingly, there was nothing said about all this at Monday’s work session, yet we discover in the newspaper:

Lowndes County Commission Chairman Ashley Paulk said, “The commission continues to work feverishly on the expansion issue. We are at an 80 percent consensus regarding a plan that will meet local needs and satisfy requirements determined by the Department of Justice. I am working one on one with each commissioner in an effort to get a plan to citizens as soon as possible.”

Paulk was a guest of Scott James on his morning radio on program TALK 92.1 Monday, and in the course of that interview, Paulk said that if all the commissioners agreed on the plan, the expansion could actually be voted on by the board at tonight’s meeting.

It’s not clear from that just what they might vote on, but from context maybe it would be to forward a plan to citizens to vote on.