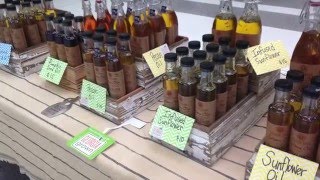 An overview of South Georgia Growing Local—coming up on February 6, 2016 at Pine Grove Middle School — supporting local farmers, finding access to clean foods, learning how to being a garden or cook with fresh local ingredients.

You can register online or print and mail the registration form you’ll find through that link. Schedule and END_OF_DOCUMENT_TOKEN_TO_BE_REPLACED

Layered gardens as ecosystems that have persistent community and environmental benefits: permaculture. 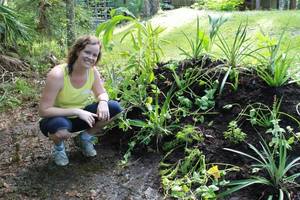 Description: We will be discussing how permaculture practices with an emphasis on land stewardship and building communities.

Who should attend: Anyone interested in community gardens, permaculture, and environmental philosophy.

“Benjamin Vieth has a BA in END_OF_DOCUMENT_TOKEN_TO_BE_REPLACED 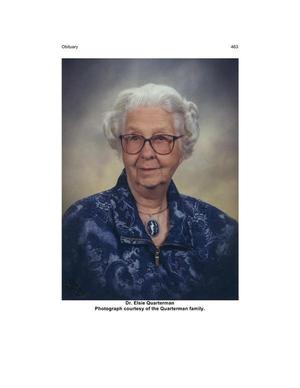 Dr. Elsie Quarterman known fondly to her students as EQ passed away on 9 June 2014 at her home in Nashville, Tennessee, at the age of 103 years. She was born on 28 November 1910 in Valdosta, Georgia. Dr. Quarterman obtained her B. A. degree from Georgia State Women’s College (now Valdosta State University) in 1932, END_OF_DOCUMENT_TOKEN_TO_BE_REPLACED I am very sorry to hear about Dr. Quarterman. She was a remarkable person. I started graduate school at Vanderbilt in 1978, a few years after Dr. Quarterman retired, so I didn’t have the privilege of taking her courses. However, she was still very much a presence in the department, attending seminars and interacting with faculty and students informally in the departmental conference room.

The Vieths will talk about gardens that continue to grow season after season, at South Georgia Growing Local 2014:

Permaculture is a regenerative and sustainable food production design system combining bio-mimicry with local food system knowledge. The scalability of permaculture lends itself applicable to everyone from beginner gardeners to seasoned farmers. Our presentation will focus on how we can apply permaculture principles to our homes and gardens, no matter the size of your space.

Bryan Walsh writes in Time that Foodies Can Eclipse (and Save) the Green Movement:

Even as traditional environmentalism struggles, another movement is rising in its place, aligning consumers, producers, the media and even politicians. It’s the food movement, and if it continues to grow it may be able to create just the sort of political and social transformation that environmentalists have failed to achieve in recent years. That would mean not only changing the way Americans eat and the way they farm — away from industrialized, cheap calories and toward more organic, small-scale production, with plenty of fruits and vegetables — but also altering the way we work and relate to one another. To its most ardent adherents, the food movement isn’t just about reform — it’s about revolution.

Food is something that affects everybody, and now that people are starting to realize that the mainstream food supply is poisoned: END_OF_DOCUMENT_TOKEN_TO_BE_REPLACED